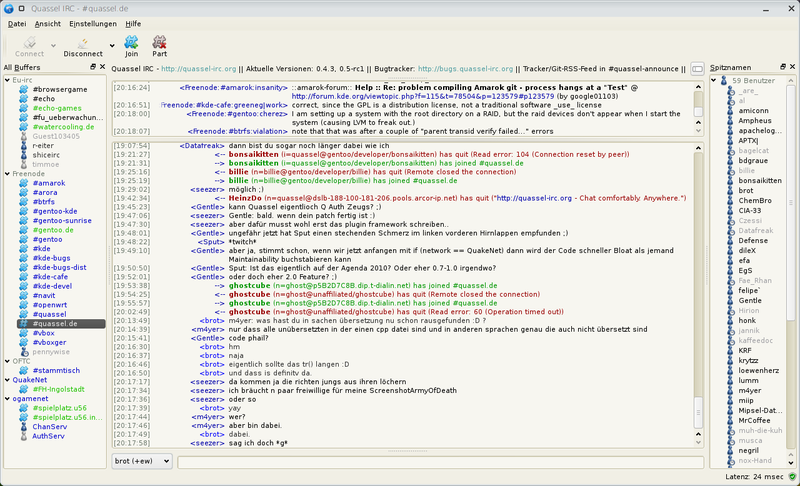 It's a black-cyan stylesheet I made in 2010. I've been using it all the time, and I like using it. I hope you will find it useful.

Update: The newer version has some graphics included (mostly arrows). To make it work, put the folder:
- Ubuntu: your home folder (/home/yourname/mj12cyan)
- Windows: well, I did not test it under windows: maybe next to your quassel executable, or C:\ 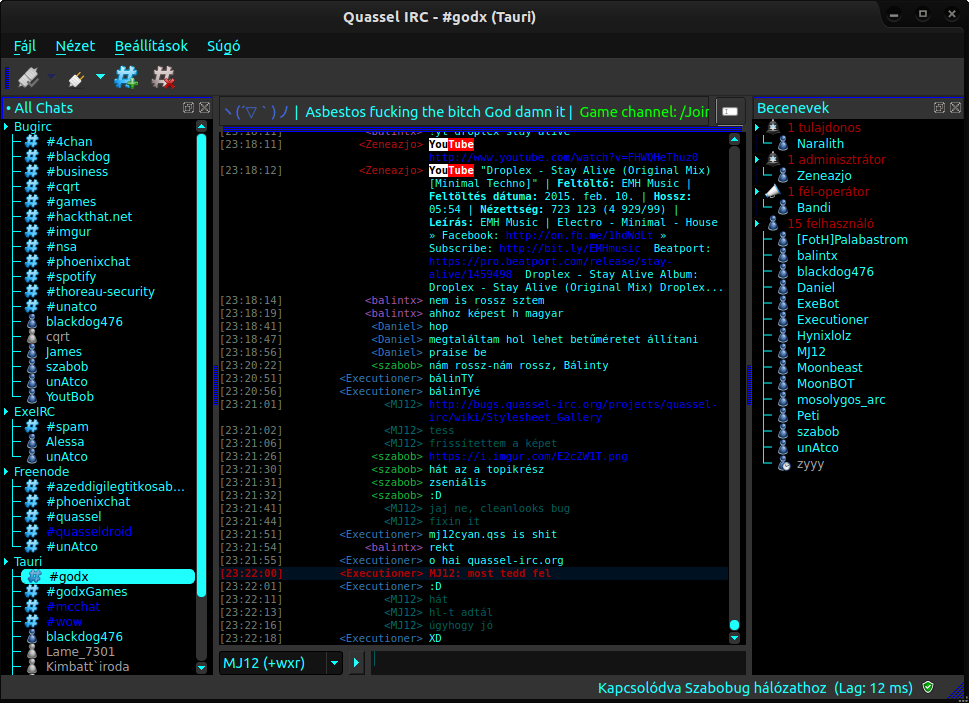 This theme is designed to work on top of the Plastique client style. It will look weird on almost all the others (including the system default). If Plastique isn't there, Fusion should work.